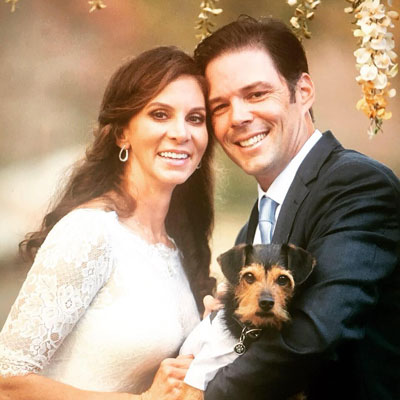 Stephen and Katie’s systematic approach to training horse and rider comes from their combined 30+ years of riding and training experience. Having the opportunity to train with many gifted horsemen throughout their riding careers, they always keep an open mind and are always open to learning. They continue to train and get help with every opportunity they have to expand their knowledge and horsemanship. “With horses you learn something new consistently. We believe that in order for the horse and rider to be successful they should be one, in balance and in control with each other. It’s all about the little things that make up the big picture, the little details that bring the two together. The fundamental basics training works for all disciplines and we have to be horsemen to bring out the best potential in the horse.” 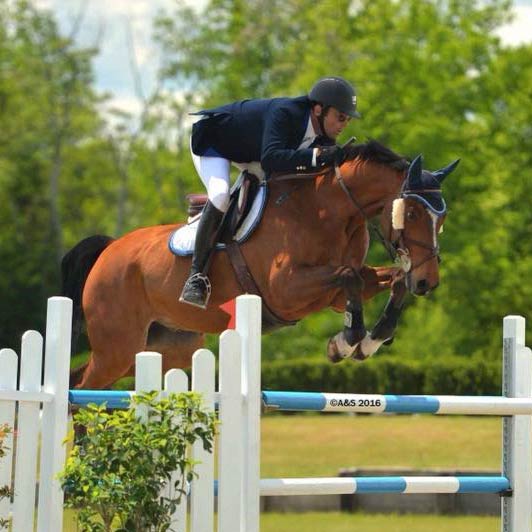 Stephen pack is a second generation professional horseman that grew up in Columbus North Carolina. He started riding at the age of three and grew up riding at Stoney Knoll Farms with his parents Gerald and Betsy pack. His whole life has been encompassed with horses. His brother, Lewis Pack, is a prominent horse show manager, announcer, “R” USEF Judge and “R” USEF course designer. Stephen has ever 25 years experience competing, training, and working with horses and riders of all levels. Bringing young horses along all the way to the Grand Prix level of show jumping as well as bringing along beginner riders to the top level of competition and hunters, jumpers, and equitation. His vast knowledge of horse and rider allow him to work with any horse and rider at any level to achieve success.

Stephen competed regularly as a junior rider. Starting his junior jumper career at the age of 14, as well as representing the U.S. and international competition. He also competed in the Medal and McClay finals consistently as a junior rider, and also competed in junior and pre-green hunters. After graduating from college, Stephen lived and worked in Europe for six months. Upon his return he started competing as a professional. He started his Grand Prix career in 1999 on a horse his family bought as a three-year-old. Stephen has placed in numerous Grand Prix and 1.50M classes all along the East Coast. Including Atlanta, Wellington, Lake Placid, Biltmore, Kentucky, Saugerties, The Hamptons, Aiken, Princeton NJ, and Vermont.

Stephen has had the opportunity to work extensively with a number of prominent horseman including George Morris, Frank Chapot, Anne Kursinski, Mike Henaghan, Victor Hugo-Vidal, Joey Darby, Candice King and Kevin Babington. He has spent the last 15 years working in Pennsylvania running a training, showing and sales operation. During that time he organized European trips as well as imported numerous horses to the states for sale and for competition. He moved back to Columbus North Carolina in April 2016 where he and his wife, Katie Pack, have started KS Sporthorses, LLC- a training, show and sales business focused on quality horses, horsemanship and riding for hunter jumpers and equitation. 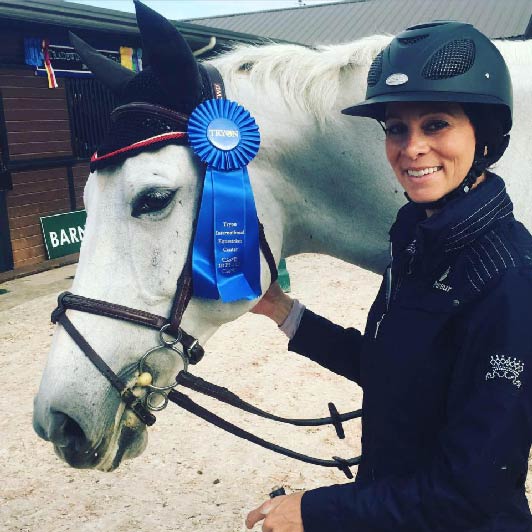 Katie is originally from Greenwood, South Carolina. She started riding when she was five years old and progressed to showing in Equitation and Hunter classes at local horse shows around South and North Carolina. When Katie turned 12, she began riding with Gerald and Betsy Pack (Stoney Knoll Farms, Columbus, NC) where her riding progressed to a more advanced level with their expert training and more highly developed techniques. During her years with the Packs, Katie enjoyed foxhunting and competed successfully at USEF A and AA rated horse shows throughout the east coast in the Hunter, Jumper and Equitation divisions.

Katie attended Sweet Briar College in Virginia and graduated with a Bachelor of Arts in Mathematics and Economics. She earned a spot on several of their highly competitive equestrian teams with a primary focus in equitation coached by Paul Cronin, Shelby French, Mimi Wroten, and Troy Hendricks: 2004 Reserve Champion ANRC (American National Riding Commission) Team, Intercollegiate Horse Show Association Team, SBC Hunter Show Team, and SBC Fall Field Competition Team, competing in VA, NC, SC and FL area USEF A and AA rated horse shows. During summers at home Katie would continue riding and showing with Betsy and Gerald Pack. Over the years in college and after Katie has ridden in clinics with George Morris, Joe Fargis, Scott Hoffstetter, Mike Henaghan, and Scot Evans.... and she always strives to continue her education with other accomplished equestrians in order to constantly expand her knowledge. Over the past few years Katie has earned multiple championships in highly competitive hunter and jumper divisions in Tryon, Aiken, Kentucky, Upperville, Culpeper, Ocala and many shows along the east coast.

After working in the advertising industry for two and a half years, Katie returned to horses fulltime in 2006 by deciding to become a professional and teach lessons and train horses. Riding and competing show hunters, equitation and jumpers is her passion and being able to pass on her knowledge of horsemanship and fundamental riding techniques as an instructor and trainer is a true calling for Katie. She enjoys working with horses and students of all ages and experience; she tailors each lesson and training opportunity with a systematic approach. Katie was a coach on two different Interscholastic Equestrian Association Teams over 4 seasons with members qualifying for Regional and Zone finals. She also had clients in her training and show program to qualify for Washington, SC Governors Cup Finals and USEF Talent Search East Finals. Katie currently works with her husband, Stephen Pack, riding and training horses and students at all levels and are also importing european sporthorses. They currently take their students and training horses to local through USEF A and AA rated shows under their business KS Sporthorses, LLC located in Columbus, NC. 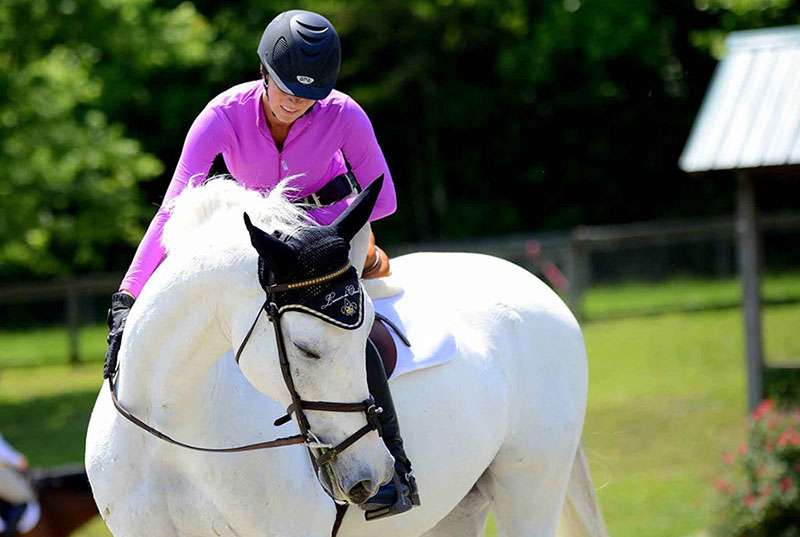